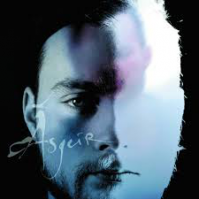 'In The Silence' is the English language version of Ãsgeir's breakthrough debut album 'Dyrd Ã­ dauÃ°athogn', translated from Icelandic by John Grant.

Born and raised in the hamlet of Laugarbakki (population, 40) in the wilds of Iceland, Ãsgeir comes from a large family of musicians. Last year, at just 20 years of age he became an overnight sensation in his domestic music scene with the September release of Dyrd Ã­ dauÃ°athogn breaking all records to become Icelandâ€™s fastest and biggest selling debut album by a home grown artist, outselling BjÃ¶rk and Sigur RÃ³s. Staggeringly, one in ten of the the Icelandic population now owns the album.

Produced by Gudmundur Kristinn Jonsson, in Iceland the unusual poetry of Dyrd Ã­ dauÃ°athogn attracted almost as much attention as the music itself, in part because it was mostly written by Ãsgeirâ€™s 72 year old father. Combining both electronic and organic elements, the songs themselves are all Ãsgeir: light and airy, inset with his distinctively melancholic voice, their vibrancy elevates his appeal way beyond the folktronica tag.