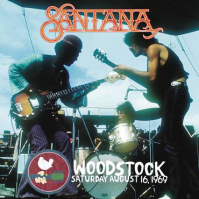 When Santana took the stage at the Woodstock Music and Art Fair on August 16, 1969, they were unknown outside of the thriving Bay Area music scene. By the time they triumphantly walked off the stage, they were one of the festival’s biggest surprises. Santana delivered a career-making performance melding Latin rock and bruising blues that set the stage for their platinum-selling debut album, released weeks later. Now, Santana Live At The Woodstock Music and Art Fair, August 16, 1969 takes listeners back to that show-stopping set, pressed on vinyl for the first time.