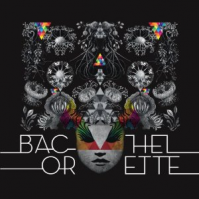 Annabel Alpers is a Kiwi ex-pat currently residing in Brooklyn working under the alias Bachelorette. She wrote and recorded her self-titled third record in disparate places such as Oxford, Tripoli and rural Virginia. It’s a testament to her talent that Bachelorette actually works as one engaging piece, rather than a collection of fragments of memories.

Alpers began her musical education in a number of New Zealand psych bands, before going to university and completing a course in “computer-based composition”. She returned to making music in 2005, with computers turning out to be at the heart of what she does. Following Isolation Loops and My Electric Family, Bachelorette’s third album proper is a hazy electro-pop dream, crafted out of old synths, computer monitors, samples and vocals.