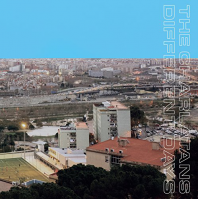 The Charlatans release their 13th studio album, Different Days, which features contributions "from friends and heroes." This follow-up to their superb 2015 LP Modern Nature is released through label BMG. The enticing new album was recorded at the band's own studio in Crewe, Cheshire, and the core quartet of vocalist Tim Burgess, bassist Martin Blunt, guitarist Mark Collins and keyboard player Tony Rogers invited some of literature and music's biggest names down for some sessions. Starting with music; drum takes were split between their touring drummer Pete Salisbury, formerly of The Verve, and New Order's Stephen Morris. The two legends are honouring the legacy of the late, great Jon Brookes (The Charlatans original drummer, who sadly passed away in 2013, rather than replacing him. Standout cuts, Not Forgotten and Plastic Machinery feature guitar legends Johnny Marr and Anton Newcombe. This is Marr's first contribution to a Charlatans album ever. New Order fans will be chuffed to see husband and wife Gillian Gilbert and Stephen Morris play together on the song The Same House, and Paul Weller co-wrote the final song on the album. As for guests outside the music business, Ian Rankin has also been recorded on the album which hints at some exciting ideas being thrown around and actress Sharon Horgan sings BV's.