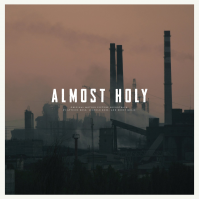 Electronic score by Oscar-winning composer Atticus Ross (The Social Network, Gone Girl, The Girl With the Dragon Tattoo), his brother Leopold Ross (The Book of Eli), and Bobby Krlic (The Haxan Cloak). After the collapse of the Soviet Union, a number of Ukraine's youth wound up homeless and addicted to a lethal cocktail of injected cold medicine and alcohol. Steve Hoover's documentary 'Almost Holy' follows a pastor named Gennadiy Mokhnenko, who saves street kids, at times by forcible abduction, and brings them to his Pilgrim Republic rehabilitation center. The film's depiction of a country in the grip of poverty, addiction, and warfare is made even more powerful by its captivating electronic score by award-winning composer Atticus Ross, his brother Leopold Ross, and Bobby Krlic (The Haxan Cloak). 'Almost Holy' is not simply a soundtrack album, but a soundtrack and an album, one that both enriches its film and stands apart from it.