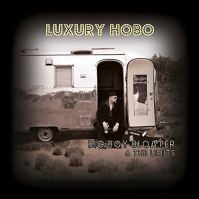 Big Boy Bloater is a guitarist, singer, songwriter, radio presenter and entertainer of the highest order. His take on roots and R&B has impressed many people within the genre, from the original greats of Blues & roots to modern aficionados. He is regularly asked to play guitar for legends of R&B, roots and blues and he takes his own band - The LiMiTs - on tours around the globe as well as working his own One Man Show and stepping in as a special guest or session player.  The self-titled album, Big Boy Bloater and the Limits, released in March 2011, (featuring special guest appearances from Imelda May and jazz-funk legend Snowboy) attracted much critical acclaim. The self-penned numbers showed not only great musicianship but a maturity in style. Bloater quickly followed this up with a brand new album The World Explained, which went Top 5 on the Amazon and iTunes Blues Download charts and has received some great reviews from the roots community and further afield. It was picked as one of the Classic Rock Blues magazine#s Top 50 releases of 2012, also garnering a spot in the Editor#s personal picks of the year. With the support of Mascot Label Group/Provogue, Team Rock Radio, music celebrities as Jools Holland, Mark Lamarr, Greg Charles and world famous musicians as Paul McCartney,Imelda May and Paloma Faith, Big Boy Bloater and The LiMiTs are ready for the next step in their career with the release of Luxury Hobo on February 26.