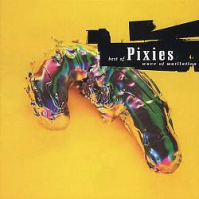 Wave of Mutilation: The Best of Pixies