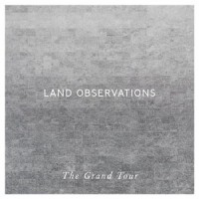 The Grand Tour is the follow up to 2012â€™s critically acclaimed debut album, Roman Roads IV-XI. Where that was concerned with the roads of communication and conquest that stretched across the former Roman Empire and Republic, the new album creates an imaginary travelogue through Western, Central and Southern Europe with reference to the historic Grand Tour.

The album was recorded on the edge of the Bavarian Alps on just one electric 6-string guitar â€“ exploring the potential of the instrument in relation to layers, rhythm, melody and timbre.

The recording process utilised a selection of vintage amplifiers and studio equipment, intentionally enjoying the warmth of analogue tape for assisting to create immersive pastoral motorik.

Historically The Grand Tour was a traditional rite of passage for wealthy University graduates, finding popularity in the 18th century, this was the beginning of cultural travel and tourism as we have come to know it. The tourâ€™s itinerary was designed to expand minds through experiencing the treasures of European art, music, architecture and topography.