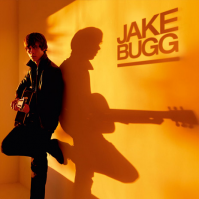 Jake Bugg is back with his brand new record 'Shangri La', following his debut â€œJake Buggâ€ and coming just over a year since that record went straight to Number 1 and sending him into the record books as the youngest solo male to debut at the top of the charts with their first release. Itâ€™s fast-approaching sales of one million worldwide and cemented him as one of the most exciting new talents to emerge in recent years. Now hooked up with legendary producer Rubin, he is set to scale new heights. His new album is a much more fully-formed piece of work than its predecessor and is a stand out release of this or any year.

On top of the success of his debut, Jake has toured with Noel Gallagher and Snow Patrol in the US. He is currently nominated for two Q Awards (Best New Act, Best Solo Act) and the Barclaycard Mercury Prize. These nominations follow similar nods at this yearâ€™s Brit and NME Awards. He drew one of the biggest crowds of the weekend at Glastonbury, as well as at Reading/Leeds Festival, T In The Park and Summer Sonic in Japan. He returned to Nottingham to headline Splendour this summer, a triumphant homecoming show in front of 17,000 adoring fans.