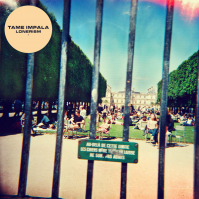 Modular is proud to announce that West Australia’s psych warriors Tame Impala will return with their new album Lonerism, to be released globally this October 2012.

Again recorded and produced almost entirely by Kevin Parker in studios, planes, hotels and homes around the world, and mixed by the trailblazing Dave Fridmann (Flaming Lips / MGMT), Lonerism’s sound is not so much reinvented as completely redrafted and stretched way, way out. It’s a quantum leap forward for the band, the seeds of which were sown shortly after their debut album ‘Innerspeaker’ was mixed.