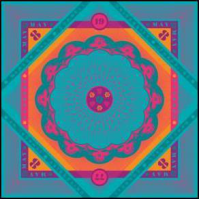 The most celebrated Grateful Dead show in history is finally getting its official release. The forces aligned for the Dead on May 8, 1977, at Barton Hall, Cornell University, Ithaca, NY; for what many hail the pinnacle performance of their 30-year career. So revered is the performance, that an audience recording of this show joined Prince’s Purple Rain and Dolly Parton’s Coat Of Many Colors as 2012’s inductees into the National Recording Registry of the U.S. Library Of Congress, an honour bestowed upon music / songs that "are culturally, historically, or aesthetically important." Cornell 5/8/77 was recorded live directly from the soundboards by Betty Cantor-Jackson. After several years the master tapes were seemingly lost for good, but that all changed at the end of 2016. The lost tapes, or lost “Betty boards” as they are commonly known, finally made their way back home to the Grateful Dead vault, making it possible to officially bring the world this legendary show just in time for its 40th Anniversary. The complete live show has been remastered for unrivaled sound quality by Grammy award-winning sound engineer, Jeffrey Norman. Also, the transfers from the master tapes were produced by Plangent Processes, making of this the best, most authentic that Cornell has ever sounded available.