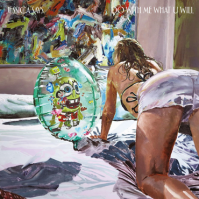 Do With Me What U Will

First album in 8 years after a serious accident Melbourne noir pop artist Jessica Says. Jessica's debut album We Need To Talk was released in 2009, but the following year Jessica fractured her spine and pelvis falling from a first-floor hotel window. Do With Me What U Will is Jessica's first new album after her long recovery. Inspired by her treatment in hospital, Jessica also spent the last years studying to become a nurse, and now works in a Melbourne hospital. The album was recorded with longtime collaborator Geoffrey O’Connor (Crayon Fields Summer Flake, Sarah Mary Chadwick) and features production on key tracks from Travis Cook of Collarbones and Melbourne electronic auteur Darcy Baylis. A classically trained cellist, Jessica moves seamlessly between hi-sheen pop and dark, string-driven confessionals. "The songs are about girlhood, mental illness and desire, mostly at the same time,” Jessica says. Do With Me What U Will is a vivid account of the progression from fiery pubescent longing, through adolescent anxiety/self loathing and emotional numbness, before discovering the possibility of a sexuality driven by desire rather than low self opinion. “The music is inspired by the women who guided me through the strange passage of adolescence,” says Jessica. “The sublime candy pop of Britney Spears and the emotional intensity of Dory Previn."