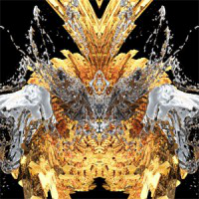 After the success of 2011â€™s â€˜Sweet Sourâ€™, which hit the UK album chart at No14, the band have toured worldwide, with full throttle live shows earning them a reputation as one of the most accomplished, exciting live bands around. In the last year they have shared the stage with Red Hot Chili Peppers, The Black Keys, The Dead Weather, Queens Of The Stone Age and Muse.

Band Of Skulls are performing at the top of their game; 2014 looks set to catapult the band to the forefront of the British music scene. â€˜Himalayanâ€™ is one of the most anticipated albums of the year.