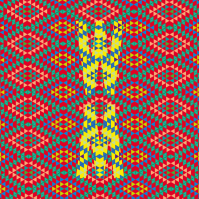 world music, the debut album by the band goat is to be released by rocket music. for those who are unaware, goat are a collective of musicians who hail from a small and very remote village called korpolombolo in deepest darkest sweden. the nine track album follows the underground success of the now sought after limited 7" goatman, which is also included in this selection. the band takes in many influences, from the afro groove that is central to the album, through to head nodding psych, post-punk, turkish rock, kraut repetition and astral folk.