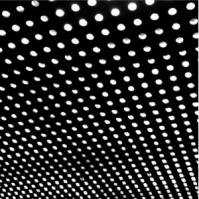 “Bloom” is the fourth full-length album by Beach House. Like their previous releases (self titled – 2006, Devotion – 2008, Teen Dream – 2010), it further develops their distinctive sound yet stands apart as a new piece of work.

Bloom is meant to be experienced as an ALBUM. A singular, unified vision of the world. “Many songs were omitted or dropped because they lacked a place within our vision for this album,” notes Scally. Though not stripped down, the many layers of Bloom are uncomplicated and meticulously constructed to ensure that there is no waste. Each chord and melody performs its role to form a whole. The songs have depth and reveal themselves in new ways through repeated listening. As a complete work, Bloom transcends the banality of simple emotions and arrives at a realm of honesty and complexity. It soberly reveals how frightening and temporary, yet beautiful, our existence is. It creates an honest reflection of death, as it must to relate to life. To this Legrand adds, “Bloom is a journey. For me, it is about the irreplaceable power of imagination as it relates to the intense experience of living. A bloom is only temporary…a fleeting vision of life in all of its intensity and colour, beautiful even if only for a moment.”