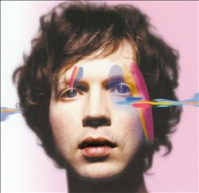 Sea Change is the fifth official studio album and eighth overall by American alternative rock artist Beck, released on September 24, 2002. Recorded over a two-month period at Ocean Way Studios in Los Angeles with producer Nigel Godrich, the collection includes themes of heartbreak and desolation, solitude and loneliness. "Lost Cause" and "Guess I'm Doing Fine" were released as singles.
For the record, much of Beck's trademark recondite and ironic lyrics were replaced by more sincere, simpler lyrical content. He also eschewed the heavy sampling of his previous albums for live instrumentation. When interviewed, Beck cited the breakup with his longtime girlfriend as the major influence on the album. Sea Change peaked at number 8 on the Billboard 200, later being certified gold in March 2005 by the Recording Industry Association of America.