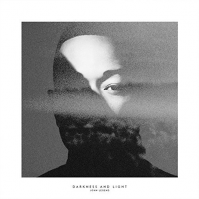 John Legend releases his new album Darkness and Light. The album, the follow-up to Legend's 2013 LP Love in the Future, features guest appearances from Chance the Rapper, Miguel, Kamasi Washington and Alabama Shakes' Brittany Howard. That latter band's Sound and Color producer Blake Mills played the same role on Legend's new album. Following the tradition of soul / R&B music that celebrates love and challenges indecency, Darkness and Light digs into John's long-standing devotion to social justice, the challenges and rewards of a marriage constantly in the public eye and the recent birth of his first child, Luna. This record goes against the grain, boldly reminding us that though darkness is abound, it is the light that will ultimately push us forward. One track on Darkness and Light, Right By You (for Luna), is named after Legend and Chrissy Teigen's child.