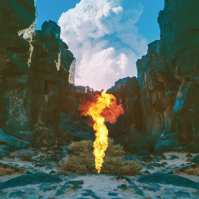 Bonobo's sixth album, Migration is released through Ninja Tune. It's Simon Green's first album since 2013's The North Borders. "My own personal idea of identity has played into this record and the theme of migration," says the UK artist. "Is home where you are or where you are from, when you move around?" Green describes the album as a "study of people and spaces," adding: "It's interesting how one person will take an influence from one part of the world and move with that influence and affect another part of the world. Over time, the identities of places evolve." Guest appearances come from Nick Murphy (formerly Chet Faker), Rhye, Nicole Miglis and Innov Gnawa. Migration contains field recordings including "an elevator in Hong Kong airport, rain in Seattle, a tumble dryer in Atlanta and a fan boat engine in New Orleans."