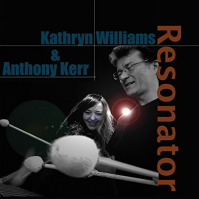 Mercury nominated and critically acclaimed folk artist Kathryn Williams doesn't stick to a tried and tested formula when she writes a new album. Last year saw the celebrated musician release Hypoxia - an album inspired by Slyvia Plath's The Bell Jar, to commemorate the 50th Anniversary of Plath's life and work. The singer-songwriter collaborated with trailblazing musician Ed Harcourt and also wrote a track (Cuckoo) on the album. This year, Williams has teamed up with revered jazz musician and vibraphone player Anthony Kerr, to create a complete re-imagining of classic jazz standards. Williams' new album Resonator strips away the bombast of previous versions of much loved songs such as My Funny Valentine and Stormy Weather, leaving them exposed and yearning – exuding a dream-like and hypnotic luminosity. The intent was to 'reclaim' these wonderful songs that have seen multiple cover versions over the years, and rearrange them, bringing them back to their most rudimentary state. Rebuilding them to make fresh of what has been heard so much. Kathryn and Anthony have revealed true beauty in these old songs, with their fragile delivery both vocally and instrumentally; Williams' signature vocals enriched by soft, lush vibraphones, distant jazz trumpet and double bass.