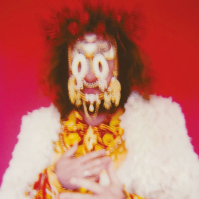 Jim James, frontman of My Morning Jacket releases Eternally Even. James’ second solo project co-produced by Blake Mills (Alabama Shakes) and Jim James, is a heart-thumping call to action .The timing of its release, smack in the middle of election season, is no accident! In early 2013, his first solo full length Regions of Light and Sound of God was released and met with widespread critical acclaim.