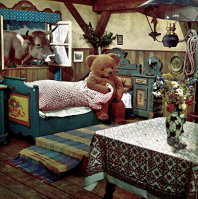 John Congleton and the Nighty Nite

Until the Horror Goes

John Congleton is a Grammy-winning producer who has worked on albums by St. Vincent, Swans, the War on Drugs, Explosions in the Sky, Bill Callahan, Lower Dens, Angel Olsen, the Mountain Goats, and dozens of others. Fat Possum release 'Until the Horror Goes', the debut full-length album from John Congleton and the Nighty Nite. 'Until The Horror Goes' is a raw record compelled by an anxiety particular to our time and place, squarely out of fashion with the post-industrial morass of music conceived and created to sell a lifestyle. It unsettles the listener with troublesome subject matter, enhancing that discomfort with screaming violins and machine-like repetitions. During an interview with NPR Music, Congleton mentions enjoying the 'cartoon' mixing style of classic Stooges records. His love for bold, unexpected sounds is in full effect here. Among 'Until The Horror Goes' ten songs, one is reminded of sounds as diverse as Phil Spector's maximalist pop orchestras ('The White Powerless', 'Just Lay Still'), horror movie soundtracks ('A Tale Told By An Idiot', 'Put Your Teeth In'), Disney cartoons ('Canaries In The Coal Mine', 'Animal Rites'), modern rap beats ('Who Could Love You Lucille?') and Scott Walker-esque doom ('You Are Facing The Wrong Way', 'Put Your Teeth In'). Most of all, 'Until The Horror Goes' abounds in the wild and forward-thinking aesthetics Congleton is known for. A small sampling the most ridiculous kick-ass guitar solo in recent memory ('Animal Rites'), the liberal use of Theremin, tubular bells and harpsichord and Congleton's always astounding drum sounds.
LP - With Download.