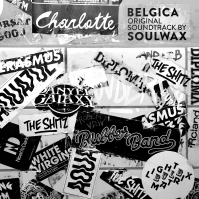 Soulwax emerge with new musical endeavours, the soundtrack for Belgica - the new film by Oscar nominated director, Felix Van Groeningen (previously nominated for Best Foreign Language in 2014 with 'The Broken Circle Breakdown') The film sees Soulwax's influence throughout from composing, arranging and recording the original score to creating each and every one of the fictional musical artists featured. A diverse collection of songs, performed by a similarly varied set of artists has seen Soulwax create what is a unique soundtrack that continues to see them evolve as musical progressionists.