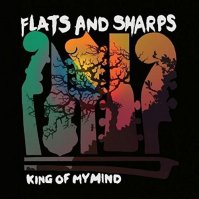 King of my Mind

Far from the archetypal bluegrass band, the five-piece's new album, which consists of 11 originals and 3 covers, is an accomplished collection of genre-busting tracks. Recorded in the wonderfully isolated Deep Litter Studio at Start Point, South Devon in August 2015, 'King Of My Mind' was the culmination of five years spent honing their performance and songwriting skills. This came to fruition in the recording process where, alongside award-winning producer David McEwan (Plan B), the album took just five days to complete. The album explores love, lost love, death, escapism and idealism in equal measures, with the fresh songwriting styles and vocal delivery of lead members Mikey Ponsford and Kirk Bowman.