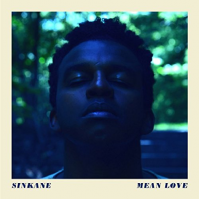 With roots in the rich musical history of North America as well as Africa, Sinkane provide a new perspective on what Soul Music is, and what it can be. Sinkaneâ€™s Mean Love rolls like an emotional, existential history of the artist. Ahmed Gallab has created an altogether unique compound of sound, stylistically nostalgic and ultramodern at the same time. From Gallabâ€™s childhood in Sudan there is a Pan-African influence of popular Sudanese music and haqibah, as well as distinct horn and synth arrangements more common to East Africa. This background merges with the lessons learned from Ahmedâ€˜s stints with obsessive craftsmen such as Caribou, Yeasayer and Of Montreal, and especially the monumental task he underwent as musical director of

â€˜ATOMIC BOMB! The Music of William Onyeabor.â€™ Gallab excavated and arranged a treasure trove of lost classics from the West African synth-pioneer to put together a now legendary series of performances. Mean Love is an album with an open door invitation, and gets deeper with every listen. You hear it right away in the blistering opening track, â€œHow We Be.â€ An instant classic, sounding like a lost gem of soul funk, a sweetness of voice alongside honey bass lines, the tune grips you and makes you wish for a dance floor, while enticing you to stay for the whole journey of the album.