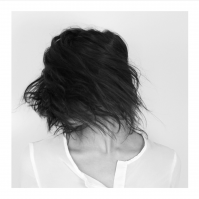 As one of longest slow-burn artists on Pink Mist and Holy Roar, the glacial unravelling of Brontide has been a consistent, fascinating tease. From a solitary song on a split 10 via Holy Roar and Big Scary Monsters in 2009, the band took until May 2011 to finally unleash their debut album, the rapturously received Sans Souci. The wait was worth it for the one-hour juggernaut record an album that continued to reveal itself over time to an ever-increasing audience. Following a momentum-stoking 12 single (Coloured Tongues) and tours in America, Europe and the UK finally the band settled down to write and record Artery. In time honoured fashion we are now three years since the release of Sans Souci, and anticipation for music from this band is at fever pitch.If Sans Souci was (as exemplified by its cover-art) dark and expansive, Artery displays a classy, concise vibrancy. Kaleidoscopic in its evolution of sound for the band and in terms of new influences - shards of RnB and electronica are now beginning to show through - without ever deviating drastically away from their trademark math/instrumental rock sound. Brontide have streamlined themselves, slowly but surely, into an entity that is not just entirely unique, but something truly great to be cherished by both the band and music fans worldwide.