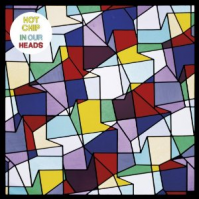 Recorded in London and produced by the band with Mark Ralph, In Our Heads is the bandâ€™s follow up to 2010â€™s intoxicating One Life Stand and their first LP for Domino. In Our Heads will be available on CD, LP and digitally. There will also be a special edition vinyl of the album available on gatefold double LP with a bonus artworked 7â€ featuring an exclusive track. A free download of Flutes is available immediately when pre-ordering In Our Heads through Domino.

The collective talents of Hot Chipâ€™s Joe Goddard, Alexis Taylor, Felix Martin, Al Doyle and Owen Clarke have provided a consistently stellar output which continues to evolve with a deceptive effortlessness. While their lexicon of influences includes a diverse mix of soul, R&B, gospel, Detroit House, disco and funk, Hot Chip have created a uniquely identifiable sound. Since 2004, theyâ€™ve released a string of ambitious and creatively bold albums of soulful, lyrical and melodic electronic pop. Their impressive debut Coming On Strong was followed in 2006 by the brilliantly buoyant The Warning, which earned the band a prestigious Mercury Music Prize nomination. 2008â€™s Made In The Dark spawned an international mega hit in â€œReady For The Floorâ€, which picked up a Grammy nomination for â€˜Best Dance Recordingâ€™. With In Our Heads, an unadulterated delight of an album bursting with dynamic floor fillers, euphoric earworms and verbose synth-fuelled love songs, Hot Chip cement their position as the worldâ€™s most talented electro-romantics.