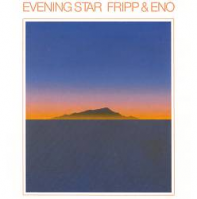 With King Crimson on hiatus from 1974 until 1980, Robert Frippâ€™s first post-Crimson stage appearances were with a series of concerts with Brian Eno in Spain, France and England in late May 1975. Circumstances following an accident in January 1975 led to Eno formulating the idea of ambient music as detailed in the notes to â€œDiscreet Musicâ€ â€“ released in December 1975. The title track of â€œDiscreet Musicâ€ was initially conceived as a backing loop for Fripp to play over at the Fripp and Eno concerts. An audio restored edition of the legendary Paris concert bootlegs will be issued on CD as part of this series of releases.

A short section from that concert, reversed, provided the basic track for â€œWind on Waterâ€ â€“ the opening piece from the second Fripp and Eno album â€œEvening Starâ€. The title track that follows features a Fripp solo that is regarded by fans as one of his most beautiful performances. The short, pretty loop called â€œEvensongâ€ and â€œWind on Windâ€ an extract from â€œDiscreet Musicâ€ formed the remainder of the albumâ€™s first half. Perhaps more pastoral than truly ambient, and in part indicative of the type of music that Eno would feature on his later â€œMusic for Filmsâ€ albums this was a firm step away from the long form pieces that had made up â€œNo Pussyfootingâ€. As if to balance the equation, the second side comprised a single piece â€œAn Index of Metalsâ€. Running to almost 29 minutes it is almost the antithesis of the warm inviting music on the albumâ€™s first half. Almost forty years on from its original recording, the sense of unease conveyed by the piece remains intact.

With just two albums recorded at various point over a four year period, Fripp & Eno had established a rudimentary route map of some of musicâ€™s future possibilities. That they still sound so fresh and alive with potential is testament to the strength of the duoâ€™s original ideas. Fripp & Eno would, individually and collectively, make significant recordings of electronic music in the coming decades, but many, many others would participate in the vast expansion of interest in electronic music that followed.

As starter points for a vast number of musicians, these albums are unparalleled, their influence only beginning to be fully understood and appreciated. Brian Eno is credited with the claim that everyone who originally bought a Velvet Underground album subsequently formed a band. Itâ€™s no less valid to suggest that many of those involved in electronic music might not have been but for â€œNo Pussyfootingâ€ and â€œEvening Starâ€.