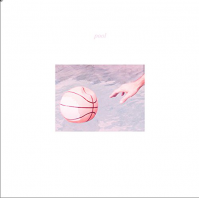 Porches, the recording project of New York-based Aaron Maine, announces the new album, Pool. Written and recorded in his Manhattan apartment, Pool is an elegantly drawn set of gorgeous, synth-driven pop songs, expanding on and re-articulating the melancholy we've come to know from previous single releases on Terrible (2014's Prism), Birdtapes (2013's Townie Blunt Guts) and Seagreen (2014's Leather), and a full length on Exploding in Sound (2013's Slow Dance In The Cosmos). Pool is Porches' debut full-length for Domino and a major step forward for Maine -as an evolving singer/songwriter, and as a nascent producer. Written and recorded almost entirely in the Manhattan apartment he shares with his partner and collaborator, Greta Kline a.k.a Frankie Cosmos, and mixed by Chris Coady (Beach House, Grizzly Bear, Tobias Jesso Jr) in Los Angeles, Pool was influenced, in part, by settling in the city as an artist and a person.