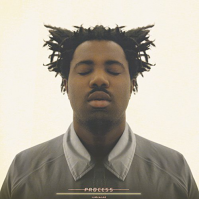 Since the release of his debut #Sundanza# EP in 2010 and 2013#s #Dual# EP, Sampha has quietly but assuredly become one of the UK#s most enigmatic and respected artists. Still just twenty seven years old, he has lent his vocal, production and songwriting talents to a range of stand out releases, from UK contemporaries such as FKA twigs, Jessie Ware and SBTRKT to world-renowned superstars like Drake, Kanye West and, most recently this year, on Frank Ocean#s Endless and Solange#s A Seat At The Table albums. Now it#s time for Sampha to tell his own story and Process, produced by Sampha himself and Rodaidh McDonald, is set to be his defining musical statement.