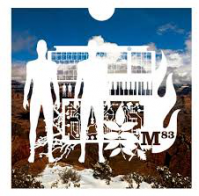 The debut studio album by French electropop band M83, originally released on April 18, 2001. Produced by both M83 and Morgan Daguenet, the album is predominately instrumental, with dialogue samples from various films and television programmes appearing across the songs. The track titles, if read sequentially, form a short story.