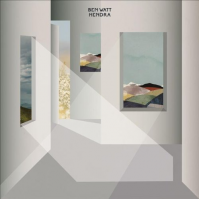 It is essentially a folk-rock album in an electronic age. Recorded in London and Berlin, the music is a meeting of worlds: languid folk, distorted rock and buzzing electronics; in part a result of the album's two central collaborators, ex-Suede guitarist, Bernard Butler, and Berlin-based producer Ewan Pearson. The album also includes one other unexpected stellar cameo on 'The Levels' - Pink Floyd's David Gilmour.