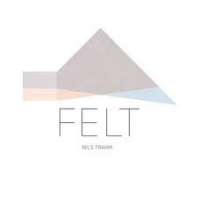 "Felt is a body of music so intimate and hushed you can practically hear the microphones breathing. Put together in late night sessions at his home studio, this third release from German modern classical impresario Nils Frahm has floor boards creaking and errant noises rustling in the gaps between his delicately poised chords, Frahmâ€™s breathing faintly audible as his ghostly piano tinkering plays out. If autumn has so far been generous to neo-classical junkies with albums from the likes of droned string symphony experimenters A Winged Victory For The Sullen, then Felt is perhaps the seasonâ€™s most enticing gift yet: a cryptic weave of indelible sounds and silences; an emotional juggernaut."