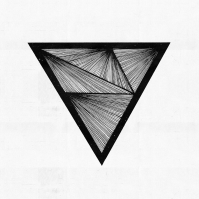 The Acorn, the project of Rolf Klausener, began as a collection of home recordings in 2002. These furtive electro-acoustic explorations inspired by the Ottawa Valley would eventually become The Acorn’s first full-length release, 2004's The Pink Ghosts. Over the next few years, the nascent project took to the road, forging ties, and released a few independent Eps.

In 2007, the band released Glory Hope Mountain, a sprawling concept album based on intimate interviews with Klausener's Honduran mother. The album wove stories from her surreal childhood and eventual immigration to Canada, with explorations into native Central American music and folklore. It was nominated for the 2008 Polaris Music Prize. The following 3 years saw the band touring extensively world-wide with acts big and small. In 2010, they released their 3rd full length album, No Ghost, a feedback-laden psych-folk album recorded at an isolated cottage in Northern Quebec. The project took an unofficial hiatus in 2011, playing only a handful of shows, as Klausener spent most of his energy on new projects.

In 2014, Rolf unearthed 3 years worth of writing, taking on a slew of forms from dark electro soul, to minimalist dirge folk. The recordings will find their way on an new album titled VIEUX LOUP in the spring of 2015, and PALM D'OR later this fall.