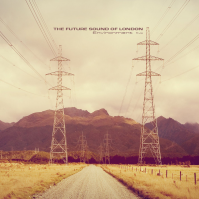 Following on from the themes of the first 4 Environments albums, Five explores the space / time / dimension that exists when we die. The moment of departure. It includes appearances from Daniel Pemberton (BAFTA nominated / Ivor Novello winning composer), Raven Bush (Syd Arthur) and Riz Maslen (Neotropic). The Environment series originally began as an archive of previously unreleased recordings but Environment Five features thirteen all new songs recorded in the first half of 2014.