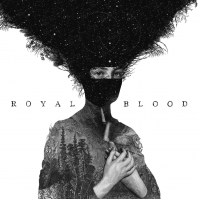 After their BBC Sound of 2014 nomination and the recent NME Awards tour, Royal Bloodâ€™s rise continues with release of the new single â€˜Come On Overâ€™. The track was Radio 1â€™s Hottest Record and the duo made their first ever appearance on Laterâ€¦ with Jools Holland on Tuesday 22nd April.

Encapsulating their ferocious, bluesy bass and drums groove, â€˜Come On Overâ€™ blisters with an immediate intensity that matches their recent breakthrough singles â€˜Out of the Blackâ€™ and â€˜Little Monsterâ€™. Follow up single â€˜Figure It Outâ€™ is set for release Monday 18th August.

Royal Blood is a mixture of anguished vocals, ferocious drumming and bass that provides intricate detail as well as a rumble of rhythm. Royal Blood are the result of a lineage that stretches from present day heroes Queens of the Stone Age to the influential Led Zeppelin, and all the way back to early blues pioneers.