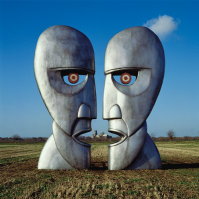 New 180g 2-LP vinyl edition of the album, remastered by Doug Sax at The Mastering Lab from the original analogue tapes, including all the full length tracks (originally edited to fit on a single LP) in a gatefold sleeve designed by Hipgnosis/StormStudios. This is the first time the album has been released on vinyl in this format.