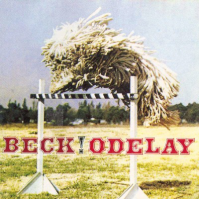 180 Gram Black Vinyl reissue on Geffen. Beck's seminal, Dust Brothers-produced classic is finally back in print! Originally released in June of 1996, Beck's second major label album, 'Odelay', was his chance to prove that he was no one-hit wonder. His major label debut, 'Mellow Gold', had produced the hit single 'Loser,' but there was a sense he hadn't quite won over everyone and it was hard to tell exactly who Beck was. Was he joking? Was he serious? Was he simply some sort of beat-poet novelty act? With 'Odelay', he enlisted the Dust Brothers, most famous at this point for being behind the boards for the Beastie Boys' 1989 sonic-collage opus 'Paul's Boutique'. Together they crafted a classic.