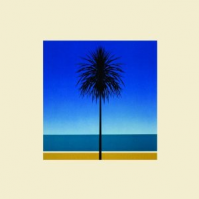 Initially bundled in with the new rave bands of 2006, Metronomy's mix of electro, pop and indie was greeted with general apathy in a genre that turned out to be nothing more than a slew of average rock bands with an Ed Banger or Soulwax remix. Predominantly a bedroom project of lead man Joseph Mount, they recently expanded to a four piece for their third album, The English Riviera, and the first recorded in a proper studio. The results are immediately noticeable, the sound is bigger, the record full of ambition.

To go with the earthier sound, the group has crafted an album that is earthier in subject matter: Riviera is a lush sounding love letter to the South coast towns from which the quartet hail. The seagulls and sea breeze that usher in the album give a telling indication of the subsequent hazy 40 minutes ahead. (Think a chillwave band who swapped technology for instruments.)