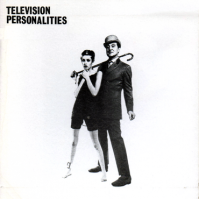 And Don't The Kids Just Love It

Limited edition, black on white marbled vinyl, DL card, 1000 only. single sleeve, download card included. Ahead of its time, And Don’t The Kids Just Love It was Television Personalities’ influential debut album released in 1981 and features I Know Where Syd Barrett Lives. The legendary lo-fi release sees them produce British inspired 60s pop and post-punk that captured the period and ‘sounds remarkably prescient’ (Pitchfork’s Best 100 albums of the 1980s). With the formidable Daniel Treacy at its core, Television Personalities remain one of new wave’s longest serving and seminal artists with a career spanning over three decades. The indie visionaries directly influenced virtually every major pop uprising of the period including artists as diverse as The Jesus and Mary Chain, Pavement and Creation’s Alan McGee. And Don’t The Kids Just Love It is reissued for Record Store Day 2017 on 12” black and white marbled vinyl alongside Mummy Your Not Watching Me, The Painted Word and They Could Have Been Bigger Than The Beatles. “They provided the inspiration and motivation for me to start the label.” Alan McGee, Creation Records. “A remarkably influential album that holds up extremely well.” Allmusic.