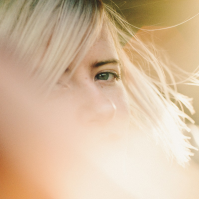 Amber Arcades, the moniker of Dutch musician Annelotte de Graaf, is to release her debut album, #Fading Lines#, on 3rd June 2016 via Heavenly. Today she shares the video for the album#s lead single #Right Now# (impacting on 18th March 2016). The video was filmed by Jeroen van der Poel & Anna de Rijk, who said the following #When we first got to listen to Amber Arcades# #Right Now# we instantly got the emerging feeling of a dream state a surrealistic feeling which lacks any straightforward narrative. The cool thing about working with children at this young age (5 and 7) is that they will sabotage any trial to a narrative approach. Their fantasy and energy was a perfect match with our feelings towards the track#. Recorded at Strange Weather Studio in New York with producer Ben Greenberg (The Men, Beach Fossils, Destruction Unit), #Fading Lines# was inspired by time, continuity, coincidence and magic. Other inspirations include early-morning jetlag (#Turning Light# # listen HERE) and an artist#s plans for a utopian city (#Constant#s Dream#). Although that sounds pretty dreamy (and these songs do have wonderful ethereal qualities), De Graaf#s dreams are not the whimsical kind. De Graaf#s dreams have led to her working as a legal aide on UN war crime tribunals (she currently works in human rights law with people leaving Syria), to inviting strangers to share her Utrecht squat (which led to a friendship and later to her signing to Heavenly), and to spending her life savings on a flight to New York because that#s where she wanted to record her first album. After researching producers and deciding to work with Greenberg (#the odd one out as he#d produced all this hardcore punk shit#), Annelotte was joined by Shane Butler and Keven Lareau of Quilt on guitar and bass, Jackson Pollis of Real Estate on drums, plus Meg Duffy on slide guitar on the eerie, clip-clopping #Apophenia#. They listened to #a lot of Suicide, Broadcast, Stereolab, Yo La Tengo, The Gun Club## and worked on the songs that Annelotte had written at home in Utrecht. #In New York everything came together beautifully - the whole team, the producer and the band. It was a magical time - writing an album had been an abstract thing in my mind and recording it in New York had been a wild, surreal plan. It never really occurred to me that it would happen until I sat on the plane. I had this money in my savings account and I thought, I#m going to make an album.# Right from woozy, soaring opener #Come With Me#, this album invites endless interpretations # or simply emotional and physical reactions of joy, loss, acceptance and #the billions of different views there are to this life and whatever we#re doing here#. The result is a dazzling debut, full of swirling, steely songs, from an exceptional new talent.