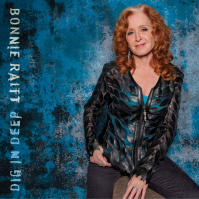 On February 26, 2016, Rock and Roll Hall of Famer Bonnie Raitt will release 'Dig In Deep', her twentieth album, on Redwing Records, her own, independent label. The record follows Bonnie's hugely successful 2012 release 'Slipstream', which was one of the best-selling independent albums of 2012 and earned Bonnie a GRAMMY for Best Americana Album - her tenth career GRAMMY win. "The response to 'Slipstream' was such a refreshing and unexpected boost," says Raitt. "So going into this album, I had renewed energy."