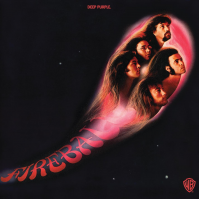 180 Gram Vinyl with Download. 'Fireball' is the fifth album by Deep Purple, released in 1971 and the second with the classic Mk II line-up. It was recorded at various times between September 1970 and June 1971. It became the first of the band's three UK No. 1 albums. One of Deep Purple's four indispensable albums (the others being 'In Rock', 'Machine Head', and 'Burn'), 1971's 'Fireball' saw the band broadening out from the no-holds-barred hard rock direction of the previous year's cacophonous 'In Rock'.