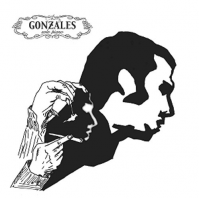 Near the end of the old millennium, someone once rapped, "Being futuristic these days means being futuristic on your own terms," which is entirely fitting when said rapper records an album of solo piano instrumentals. (Perhaps less instructive is what said rapper went on to say: "Being futuristic means loving worms, saving your sperm, wearing your pubes in a perm.") The former Chilly Gonzales has a hint of Gershwin in his playing, an urbane, contemplative take on the blues that sometime turns into a wry smile. He also has a hint of Satie, the spare and haunted sound of a music box turning slowly to a halt as it comes to the end of its wind. But what he also has is entirely his own, which not only makes this the best album of solo piano instrumentals by a rapper extant but also one of the finest solo piano albums not by a jazz or classical performer. Obviously, there's a duality to any man who lit up stages with Peaches but also played with and produced Jane Birkin and Charles Aznavour, but Solo Piano is a disarmingly wonderful record. - John Bush