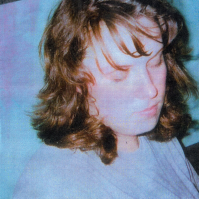 (Strange Songs) In the Dark

Back in print and readily available (for perhaps the first time), we have Merchandise's debut LP (Strange Songs) In The Dark. The album, recorded in early 2010, marks a decisive break from the band's straightforward early post-punk EP's, moving instead toward the more experimental studio-based pop constructions that would be further explored in the subsequent Children of Desire and Totale Nite albums. (Strange Songs) was recorded by the core duo of Carson Cox and David Vassalotti. Despite the lo-fi nature of this home recording, there are tons of hooks to be found amidst the haze (notably "I Locked the Door" and "Worthless Apology"). Occasionally veering into abstractions, the album as a whole is a piece that warrants listening as such. It's a sad bastard of a record, but one with plenty of range and ideas.