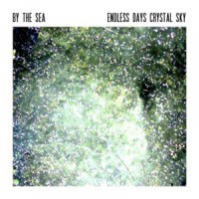 By The Sea have been quietly and carefully developing an impassioned following in their hometown of Liverpool and beyond. Formed on the Wirral in late 2010, the mysterious 5-piece released a series of sold-out 7" singles on London-based Great Pop Supplement before it was even established who they were. An LP arrived shortly after. Recorded with friend and collaborator Bill Ryder-Jones, the album, 'By The Sea' is an instinctive, lo-fi record which showcases the band's ability to capture and redefine influence from the past without creating a pastiche. The album was a critical success. Positive responses came from NME, Shortlist, Q, Uncut, This is fake DIY, The Line of Best Fit, Under The Radar and Prefixmag. The band also enjoyed radio play from Gideon Coe, Janice Long, Tom Ravenscroft, Shaun Keaveny, Simon Raymonde and Huw Stephens. A publishing deal with Domino Records soon followed, and the band set about creating the follow-up in Liverpool's prestigious Parr Street Studios. The album, titled 'Endless Days, Crystal Sky' is the band's defining statement to date. From the sharp, entwining riffs of album opener 'Endless Days', to the anthemic nostalgia of 'Wild September', via the lazy, smoky pop of 'These Days Fall', the album encapsulates and presents a band plainly aware of their surroundings. It is a confident, measured and ambitious record. Across the album's 10 tracks, you will find references to the classic British 1980s indie sound that helped inspire it. Echo and the Bunnymen to The Wake, New Order to Felt. But this is not revivalism, this is a re-imagination, a revaluation. The next piece in the puzzle.