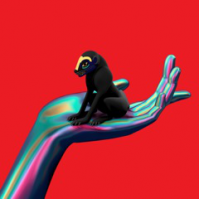 Wonder Where We Land

‘Wonder Where We Land’ follows his critically acclaimed eponymous debut album and a recent interim release of six instrumentals called ‘Transitions’, which joined the creative dots between the first and second albums.
Since the release of his debut album in 2011, SBTRKT has cemented his role as one of the most acclaimed electronic artists and performers around. What began as praise in his hometown of London has now reached to every corner of the globe.