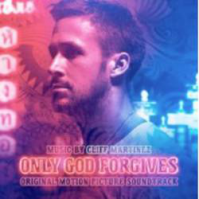 'Only God Forgives' is the highly anticipated reunion of director Nicolas Winding Refn (Drive) and Ryan Gosling (Drive, The Place Beyond The Pines). The highly stylistic thriller tells the story of Julian (Gosling), a drug smuggler thriving in Bangkok's criminal underworld, whose life gets complicated when his mother (Kristin Scott Thomas) compels him to find and kill whoever is responsible for his brother's recent death.
'Only God Forgives' is a continuation of the cinematic language started in 'Drive'. The film features an amazing, dark and high energy score by Cliff Martinez - who also composed the music for 'Drive' - and a selection of Thai pop songs. The film is mostly carried by images and music.