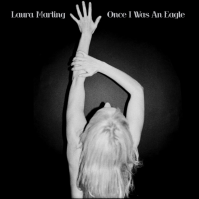 Once I Was An Eagle

Once I Was An Eagle marks the fourth LP from the singer much likened to Bob Dylan and Joni Mitchell, at only 23 she has already taken the folk world by storm and we are sure will continue to do so for many more years to come.

â€œOnce I Was An Eagleâ€, then, features 16 tracks, though you could alternatively call it 13 tracks, since the first four seamlessly collapse into one another, in a compelling stream-of-consciousness raga that lasts around 15 minutes. As opening statements go, itâ€™s a strikingly uncompromising one, as Marling sings, speaks and picks her way around an ebbing and flowing cluster of chords. As was the case on quite a lot of her last album,