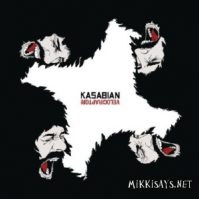 The follow-up to the acclaimed West Ryder Pauper Lunatic Asylum, Velociraptor! was recorded in Leicester and mixed in San Francisco. Written and produced by Sergio Pizzorno, the album is a major leap forward from Britainâ€™s biggest band.