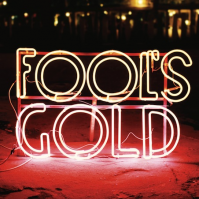 Fools Gold debut album hit the Rise racks & stereo a couple of years ago to rapturous acclaim from staff & customers alike – a band who sound so authentically African that it came as a genuine surprise that they hail from the US albeit with Jewish roots. A few years on, with relentless touring & with a sleeper hit album under their belt, Fools Gold return with their second album on the IAMSOUND label which is also releasing the hotly tipped New Villager album this month.

Leave No Trace is a slightly poppier effort than their debut & the more accessible vibe is best demonstrated by the fact that all the tracks are sang in English (as opposed to Hebrew). Grab this album to dance away the last few days of summer.